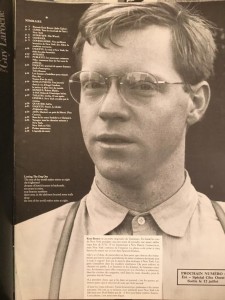 A photo I took of Kent Brown atop my Spanish Harlem apartment in New York, 1984. It graced the pages of the magazine.

Phnom Penh, August 9, 2022: I speak some French and Italian. I lived briefly in France and Italy – off and on, between the two countries, 40 years ago. I had studied French in high school and college in the Deep South, but I took the college courses mostly to avoid taking English literature. We read mostly 17th, 18th, and 19th Century writers – Descartes and Molière, Racine, Voltaire, Balzac, and de Maupassant. There was little conversational French in class. In 1983 in Paris I applied for the job as the Art Director of a hip new magazine and through a stroke of luck I will never quite understand was hired instead as the Food Editor. Jean-Sébastien Stehli was the Editor-in-Chief of Ici New York, a nascent French-language monthly about the Big Apple. We had a skeletal crew and we all did a little bit of everything. I wrote and took photos and occasionally provided an illustration. The first time I turned in an article, Jean-Sébastien was taken aback by my French. “Is it bad,” I asked. “No, it’s just… well, it’s old-fashioned, more like 18th Century French.” It was what I knew.

Two years before, I had moved to Genoa, having fallen in love with an Italian, and we used French at home and among friends. I didn’t know a word of Italian other the usual food and musical terms – pizza, lasagna, adagio, allegro…. I avoided studying Italian because I didn’t want to have the academic bias I had had in French that always had me translating in my head before speaking rather than just talking and not worrying about syntax or grammar or word choice. I rarely thought in French, if at all; I never dreamt in French back then. About three months into my life in Genoa, we were sitting around after dinner with friends and Ester, who was a film professor (and who is still a dear friend) said, “Why are we speaking French? You’ve been here three months and I know that you go buy groceries and art supplies and you go get your hair cut. You must be able to speak Italian by now!” I felt awful. I really didn’t know what to say, but what came out was, “I guess I haven’t gotten drunk enough.” We really didn’t drink much – wine with dinner was the only thing we drank. 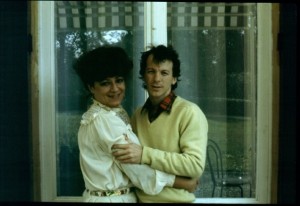 Alberto, my boyfriend at the time, was an art dealer and French was still the language of the art world then and was still very much at use in diplomatic circles. He said, in his rusty English, “I have just the thing!” He then produced a bottle of Jack Daniels, which I had never seen in the house before. I’ve never been a whisky or whiskey drinker, but we hit the bottle, everyone slugging away. I started speaking Italian that night and we rarely used French again.

Though I have never been one to watch television, I found that watching tv was a great way to learn. I would watch the dubbed version “I Dream of Jeannie” – it’s called Strega per Amore in Italian (the word strega means both witch and genie) – and though I had never seen the original the plots were so silly that any fool could figure out what was going on. Toothpaste and laundry detergent commercials were particularly helpful. I spoke fearlessly, not worrying about grammar. In fact, I had studied Italian: the year before, I had gone home to the States because my mother was dying of leukemia. I ended up staying home with my father, caring for her at home for 7 months. I bought an Italian language cassette and listened to it when it wasn’t my shift. But I wasn’t talking to anyone in Italian. Alberto called every day, but we spoke French on the phone. 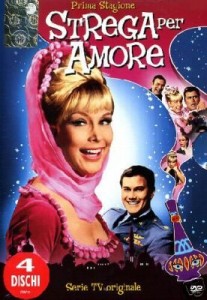 Neither my French nor my Italian are good. It’s been 40 years since I lived there and I have rarely had the chance to speak either language, though I do take advantage of each opportunity that presents itself, no matter how poorly I speak. The 3-1/2-year-old child next door, whose parents are French, told me in no uncertain terms that I speak bad French. I can say pretty much anything I want to say – the same way 3-1/2-year-olds can make themselves understood. But I understand little. I can read the newspaper – particularly online, where I can click on words I don’t know and have the definition pop up before my eyes! And I can discuss food and painting – two topics dear to my heart. But don’t ask me to explain the electoral college or to decipher the draconian real estate and banking laws in France.

As a child, I was always drawn to foreign cultures. My parents subscribed to at least a dozen magazines, and none thrilled me more than National Geographic with its exotic locales. We had moved to a small town in South Carolina from Louisiana. Most of the people who lived there were African Americans, descendants of the once enslaved, but we were not allowed to socialize together. The white people were mostly descendants of early Swiss and German settlers – Zeiglers, Shulers, Geigers, Avingers, Cullers, Dantzlers, Hartzogs, Fersners, Horgers, Wannamkers, Stromans. Though two historically Black colleges were in town, the economy was mostly agricultural. 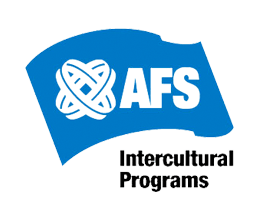 Each year, the American Field Service sent a foreign exchange student to Orangeburg High School – the segregated school that my older sisters and I attended. (The schools were not integrated until 1964.) I remember my sisters’ friends Martine Guillot, Sigrid Mueller, Leif Erikson, and Klaus Binder, and my own friends Fernando Cortes Pedroza and Sergio Ramon (“Checkie”) Lopez. All of them were foreign exchange students. I was a finalist my junior year for a summer overseas program sponsored by AFS, but Julianne Lewis was awarded the scholarship. I had two years of Latin and three years of French courses in high school, then minored in French in college. But I never really spoke it.

My sister Nancy, the oldest of the four of us, went on to study Spanish in college. She has been teaching it in public high schools for 57 years. 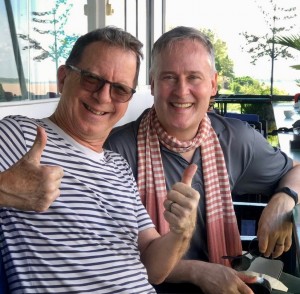 Mikel and I on the Mekong River in Cambodia.

In 1993, I met my future husband Mikel Herrington. He had studied English Literature at Yale and received a Masters in International Development at Columbia. We were brought together – it was all but an arranged marriage – by his friends Anne and Jim Olsen, an older couple who had mentored him and inspired him to go into international work. Mikel had lived and worked in Belize, Indonesia, and China before we met. The Olsens had administered the USAID programs in the Dominican Republic. They moved to Mexico shortly after they got us together.

Mikel and I both know how many doors have opened for us – and closed on us – because of language skills or the lack thereof. I traveled in Portugal with a Cuban friend shortly after I moved back from Europe in the early 80s. My French and Italian were pretty good at that point and Carlos’s first language was Spanish. We were sure that we would be okay with Portuguese, and we were – in Lisbon and Oporto. But in the country inns we preferred, we were clueless: we’d order what we thought were sausage and get beans. Or vice-versa.

Mikel and I have holidayed in both Italy and France several times in our thirty years together. It usually takes me about two weeks to finally settle into the language and speak confidently. Remarkably, neither of us has ever attempted to learn Spanish. We have lived in Bulgaria, China, and, now, Cambodia. He has served as the Peace Corps Country Director in each country. We could not have asked for three harder languages. We’re mostly limited to “I don’t speak the language,” “Turn right,” “Turn left,” “Please stop here,” “Thank you,” and “Check, please.” 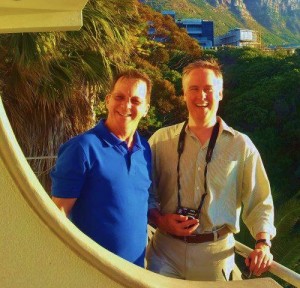 We traveled extensively before we moved here — to Hawaii and the Caribbean, Canada, South Africa, Morocco and Thailand. But now, I can honestly say that I have no more wanderlust. I also am not one to second-guess the past or to have regrets. COVID thwarted our plans to travel to Australia, New Zealand, Bali, and Singapore. We’ve been in Cambodia for three years and have barely traveled beyond its borders. We’ve got friends in the Philippines and in Sri Lanka and in Indonesia, but now I’m just concentrating on our retirement. I’m sorry that I didn’t spend more time in South America and Mikel is disappointed that we didn’t make it to New Zealand. But I’m satisfied with what I’ve seen and done.

I have a new book coming out this December. It’s an anthology of my writing from 1987 to the present. All of my royalties from the book will go into the Herrington-Taylor Trust which we have established to fund immersive overseas foreign language study for motivated minority high school students. Upon our deaths, all of our assets will be transferred into the Trust to be administered by the American Field Service as the Ferrell-Olsen Scholarship (in honor of my sister Nancy and the Olsens). 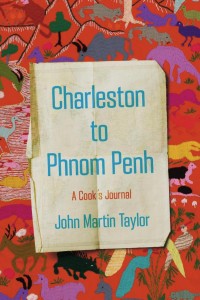 The scholarship is limited to study in the Spanish-language-speaking areas of the Caribbean, Mexico, and Central and South America. We chose those nations not only because the money will go farther there, but also because we think that all Americans need to know each other better. Though more than 40 million residents of the US speak Spanish, many are woefully ignorant of our neighbors to the south. By 2050, 10 percent of the world population will speak Spanish and the United States will be the biggest Spanish-speaking country.

I’ll be long gone by then, but my love of foreign language will continue through our Trust. By purchasing my book, you will help fund its study.