Posted on September 9, 2012 in Some Recent Work 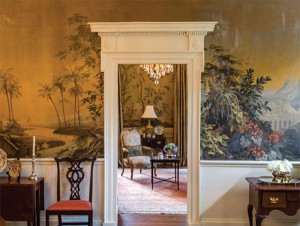 Some recent lectures, publications, and cooking demos.The 20th Anniversary Edition of Hoppin’ John’s Lowcountry Cooking was released in August 2012 by the University of North Carolina Press. Signed copies of the book are available on my commercial site. I’ll also be lecturing at the Charleston Heritage Symposium during the first weekend of October, in the midst of the Annual Tour of Homes, to benefit the Preservation Society of Charleston. The symposium is sold out, but it kicks off with me signing books at the Preservation Society Book Store on Friday, October 5, form 2 to 4 pm.
The book is already garnering a lot of press. 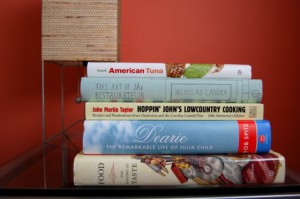 LA Weekly named the book the #1 Essential Back-to-School Food book.
You can listen to an hour-long interview with me that aired on Steve Boss’s Great Taste program here.
I’d love to see you on my October book tour. Here’s the schedule.
I’m also already booked to appear at next year’s
Charleston Wine & Food Festival. You can buy tickets now.
Charleston Magazine profiled me in their September issue, but the article mistakenly says that there are new recipes included, when in fact there is only a new preface. The University of North Carolina Press, which published the new edition, considered the original and classic and wanted no changes.
Southern Living also lavishes praise on the book and my influence on Charleston dining, but the article mistakenly identifies the Lee Bros. as Charleston natives and incorrectly states that Hoppin’ John’s, my culinary bookstore and cooking school, closed after Hurricane Hugo. I was, indeed, closed for a year to rebuild both my home and shop, but I remained in business nonstop from 1986-1999. 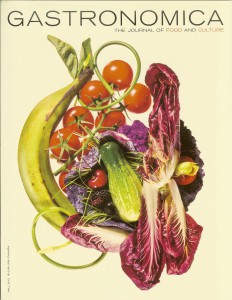 The Fall 2012 issue of Gastronomica has an article by me in which I discover the meaning of a mysterious word in the African-American classic, What Mrs. Fisher Knows About Southern Cooking. You can read the article here.

I am quoted in this article on grits in The Kansas City Star.

My deconstruction of my namesake, Hoppin’ John, appeared in the Winter issue of Gastronomica. You can read it here on my blog.
My article on my honeymoon in Provence appeared in the Washington Post on May 22, 2011.
My essay, Purdue, which appeared in a slightly different form in Charleston Magazine several years ago, is included in Cornbread Nation 5: The Best of Southern Food Writing, recently published by the Univeristy of Georgia Press.

March, 2011: Charleston Art & Antiques Forum Historical Dinner at the Miles Brewton House I was invited to plan an historically accurate dinner at one of the finest and most historically important homes in America. You can read about it on my blog here.

My piece on Oyster Gardening appeared in the Post on October 5.

I joined several scholars at the lectern at the biennial Historic Plants Symposium and did cooking demos the following day at the Heritage Harvest Festival at Monticello.
September 29, 2010: A Lowcountry Evening With a Tasting of Lowcountry Fare.
I spoke on Lowcountry Cooking at the Smithsonian. My friend anna saint john, who sells my products at the Bethesda Central Farm Market, catered the sold-out event (Champagne punch and lemonade, boiled peanuts on the tables, Carolina (chicken) pilau, cornbread, green bean/benne salad, and sweet benne wafers).
You can listen to my appearance on A TASTE OF THE PAST, which aired on August 19, on Heritage Radio’s website here.
June 27, 2010 Keynote Speaker, International Corporate Chefs Association.
Annual Conference; Charleston SC.
My elegiac op-ed piece on the Gulf Coast Disaster appeared in the Washington Post on June 22,2010.
June 11-12, 2010 Beans + Rice: A Culinary and Cultural Odyssey. Historic New Orleans Collection, 410 Chartres Street. I spoke about hoppin’ john, the dish, from a lowcountry perspective. I followed Dr. Jessica Harris, my dear friend and colleague, who is the preeminent scholar on the foods of the African diaspora, and Dr. Judith Carney, Professsor of Geography at UCLA, who spoke about the diffusion of Beans and Rice in the New World. Several years ago I spoke with Drs. Harris and Carney at The Caribbean, Lowcountry, Atlantic World Conference in Charleston. They’re no easy acts to follow!
My work was recently included in the best-selling The Essential New York Times Cook Book and in The Southern Foodways Alliance Community Cookbook.