Phnom Penh; September 15, 2021: Last night the rain started at 7pm. Just outside our second story bedroom there is a balcony with a metal roof. Just below us there is a parking area covered by another metal roof. Even a light rain can be deafening. Last night it poured. I don’t know how I fell asleep – I’m an insomniac and often use both an eye mask and ear plugs in my own bed. I awoke at 2am to pee and it was still pouring. And again at 5:30. We’re definitely having a rainy season this year in Phnom Penh. 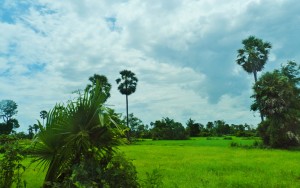 Our first year here there was a drought and it barely rained at all. I blogged in October 2019: The weather, amazingly, is not at all what I expected. I’ve lived in the Caribbean, but Phnom Penh is a lot closer to the equator than Charlotte Amalie. I thought it was going to be hot as hell and horribly humid, with lots of rain (it’s the rainy season), but there has been little rain (which has the farmers worried) — thunderstorms blow in in the afternoon, the way they did in South Carolina when I was a child, but then they blow away. It does reach 90°F most days, but the sun sets at 6:30 (5:30 in the winter), and the hottest time of the day is noon — not 3 or 4 pm — and as the sun gets higher, the humidity drops, so by noon, it’s usually 50% or lower, so it never feels to me as hot and humid as Savannah [Georgia] did, where I last lived, for much of the year.

Having lived in the subtropical coastal region of South Carolina and Georgia, and tropical Florida and the Virgin Islands, I was well-prepared for life here. But I am often surprised by the climate, even as we see it changing all over the world. Our second year was indeed hot. And, again, not much rain. But this year has been wonderful. All summer long it has been in the 80s during the day and in the 70s at night. We’ve even had some evenings in the 60s. I’ve had much worse summers in both Charleston and Savannah – and even in New York City. April can be rough here: “hottern Hades,” as my grandmother would say, and shockingly dry. But it’s rarely as humid as back home. When we lived in Washington, DC, neighbors would complain about it being so hot and humid on a July afternoon and I would laugh, pull up a weather app on my phone, and compare DC to Charleston. DC might be 90 degrees and 70% humidity, but Charleston would be 95 degrees and 95% humidity as well. I used to wonder when I lived in the Lowcountry how it could be 100% humid and not be raining, but a walk across the street would have me drenched in my own sweat. 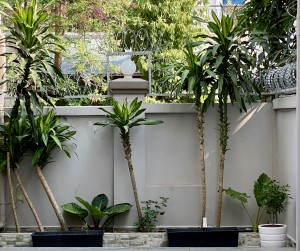 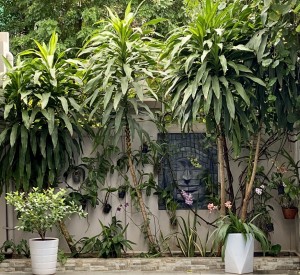 The house we rent is well-built (especially for here) and I have a tiny scrap of “land” that I can garden in. It’s a built-in box that already had mature Dracaena plants in it, but nothing else. The past two years I have had to water nearly every day. I even have a rose growing and when my orchids lose their last blooms, I put them outdoors under the “corn plants,” as we called Dracaena back home. Neither the leaves of roses nor of orchids like to be wet, which I find a bit incomprehensible since roses do so well in England and since so many orchids are tropical, originally from rainforests. I’m certainly not having to water this year! And what a gift it has been that it pours all night rather than during the day – however disruptive to my sleep.

Cambodia is one of those rare places immune to hurricanes, tornadoes, volcanoes, and tsunamis. Of course, it does flood here, and there are droughts, exacerbated by Chinese dams built on the Mekong. In a downpour, the streets flood easily because, like downtown Charleston, so much of the city is landfill. They’re continually draining the lakes and ponds here and filling them in to build apartments and malls and megamansions.  The water doesn’t have anywhere to go. 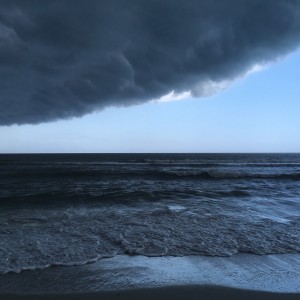 An approaching storm off the East Coast of the US

In Charleston when there were heavy rains during high tides, the street where I lived would always flood. During Hurricane Hugo, the storm surge poured into downtown. Anywhere a creek used to be became a creek again. My house had two feet of pluff mud in it. And we were actually lucky because it was a dry storm. The rain didn’t come until a day or two later. A few years after the storm (Charlestonians would refer to it as “the recent unpleasantness” so as not to dignify it with a name – not unlike their unwillingness to abandon their euphemisms for the Civil War) my sister Sue and I were working in my bookstore (which was in the same building where I lived) and a woman from New Jersey came in to shop on a particularly hot and humid day. Sue and I were bemoaning the weather. The woman (I’m not calling her a “customer” because I am pretty sure she didn’t buy anything after what happened next) said that Jersey is much hotter and humid. We laughed and disagreed. Her response was, “Yes, but yours is a drier humidity.” Sue and I burst out laughing and continued guffawing for several minutes. 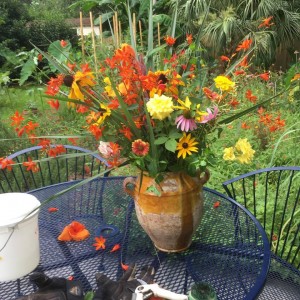 A typical day’s cuttings from my Savannah garden

A few years ago I was living in Savannah and Mikel was working in Washington. I had a quarter acre garden I worked in every day. I used to say that it was my curse, but it was also my salvation. It was difficult being apart and I spent at least three hours every day in the yard. I had hundreds of varieties of flowering plants so that I had blossoms every day of the year. But two years in a row there was little rain and an inordinate amount of my time gardening was spent watering, so I splurged and had a sprinkler system put in. The day the workers arrived to begin installing it, it began to rain. And it rained and rained for several days. I had to put in a French drain to keep the rear of the yard from washing away into the service lane behind the house and a sump pump next to the rec room to keep it from flooding. The city’s street drains were improperly installed with grates in the wrong direction, and they would fill with fallen leaves. I spent most of the rainstorms in the street in foul weather gear, keeping the drains cleaned of debris.

I’ve never really minded being wet as long as I’m not also cold. I have been an avid swimmer my entire life. And I spent much of my youth on my parents’ sailboat. I’ve been in plenty of squalls that required that two of us were out in the storm to man the ship’s wheel and lines. When I lived in the Virgin Islands, Hurricanes David and Frederic swept through a week apart, bringing 19-foot swells and 28 inches of rain. It’s a good thing I lived up on French Hill. More than once I have been fishing out in St Helena or Port Royal Sound on the South Carolina coast in a jonboat with an outboard motor and been caught in frightening gales. Some wealthy friends of mine bought a fancy cigarette boat when they turned 50. I had just turned 40. They invited me to come down to their rice plantation near Savannah and take what they called the “Over the Hill” test: prove that you could still water ski. Those “go-fast” boats were never designed to be ski boats, but we all succeeded in passing the test – arthritis be damned! A violent thunderstorm blew up out of nowhere, the way they can on the coast, and we scrambled to find anchorage. The boat was also not designed to shelter people. We crawled into the “stateroom,” as we mockingly called the cabin that was big enough for the three of us to recline but with not even headroom enough to sit up. We were drenched with rain but laughing nonetheless. 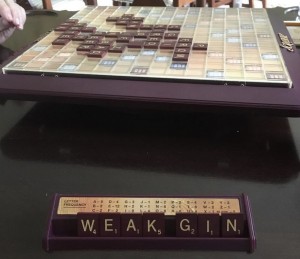 I laugh a lot. You have to in this ridiculous world. I love to be indoors with the windows open during a thunderstorm. What I would give to have a foursome to play bridge with during a good rain. When I go to her beach condo with my best friend Dana, we might play Scrabble during a storm, but Mikel won’t play cards or board games; he’d much rather be reading. I don’t know how my siblings and I would have survived growing up without them. The rules at our house were fairly simple during my childhood: Play outside, unless it’s raining. Don’t slam the screen door. Be home – on time – for supper. After we got air conditioning, we were warned to Close the Door (and, still, Don’t slam the screen door). If it were raining, we’d play cards – Gin Rummy, Canasta, Samba, and then Bridge. And board games – Monopoly, Clue, Risk. And dominoes and Scrabble and even Mahjong for a while. I don’t know what my mother was thinking when she tried to teach us to play that. She wouldn’t play bridge with us because she was too serious a player to stoop to our level. Two of her best friends wouldn’t play with her. I think they just wanted to have fun and drink cocktails. 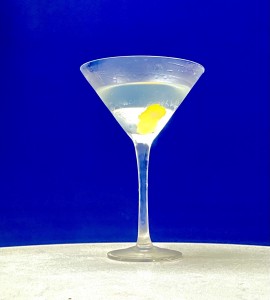 Classic Martini, stirred, with a twist

Which is what I do now in retirement. I was never one for most cocktails; they’re just too sweet for me. I lived on beer and eggs in college but as soon as I was able to afford decent wines like the ones I grew up with (Mama didn’t care much for a cocktail, either, but she had wine with dinner), I switched to wine. I do love a margarita – not too sweet and with twice the lime juice most recipes call for. And after a forty-year hiatus, I started drinking gin again. It happened when I lived in Savannah, which is a hard liquor city. Everyone, it seems, drinks booze instead of wine. Here in Phnom Penh, the local producer Seekers is making a wonderful gin flavored with tropical botanicals. It’s perfect for a drink I make called “Celerita” – celery muddled with gin and lime juice and triple sec. But for my classic martini (3 parts gin to 1 part dry Vermouth), I prefer Plymouth, which is the gin that was used in the Marguerite, the original dry martini.

Is it 5 o’clock yet? I’ve gone from writing about last night’s downpour to “dry” drinks. It’s high time! 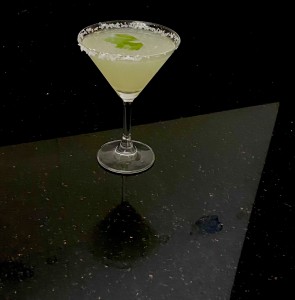 My Celerita, with salted rim and garnished with a celery leaf